With a grant from the City of Oakland Cultural Funding Program, Sarah Bush Dance Project will bring Rocked By Women to the beautiful Malonga Casquelourd Center for the Arts Theater in Downtown Oakland over Mother’s Day Weekend.

Sarah Bush Dance Project’s Rocked By Women is a 75-minute multimedia dance theater performance. With original composition and sound design by Julie Wolf, the score features music by women from the 70’s to the 00’s, such as Cris Williamson, Tracy Chapman, Joan Jett, Queen Latifah, Bikini Kill, Ani DiFranco and Missy Elliott. The choreography weaves hip hop, modern, ballet and contact improvisation to express the story of a woman’s journey of growing up, coming out, falling in love and experiencing heartbreak. 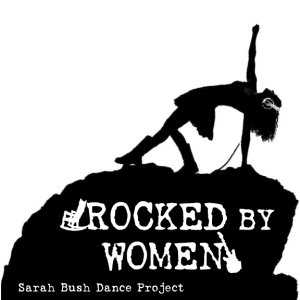 Originally commissioned by Queer Cultural Center for National Queer Arts Festival in 2011, Rocked By Women was co-produced at the African-American Art & Culture Complex in San Francisco before a sold-out audience. SBDP organized a panel discussion with featured leaders and artists. Fans have praised the show. Singer/Songwriter Ferron wrote “A huge thank you and great gratitude for sustaining such an emotional legacy through dance and movement.” On October 12th, 2013 at ODC Studio B in San Francisco, SBDP produced Rocked By Women: Panel and Performance Excerpts, where six esteemed female leaders discussed ideas of feminism & art from 1970-today, and responded to several dance pieces choreographed by Sarah Bush. The stories from the guest panelists added context and deepened the meaning of the dance pieces.

In 2014, Sarah began an exciting collaboration with playwright and theater director Becca Wolff to shape a strong dramatic arc for the show. This re-conceived Rocked By Women was produced May 9-11th, 2014 at Dance Mission Theater in San Francisco. Becca notes “Developing the narrative of Rocked By Women with Sarah has been thrilling and enlightening for me. Her love of women’s music is totally infectious, and her ability to express that love through dance and choreography is amazing.”

Our 2015 production will include a post-show panel discussion with celebrated local artists & leaders. “One of the gifts of this show is the opportunity to tell stories and engage in dialogue with different generations of women,” reflects Sarah Bush, “having conversations with elders, women leaders and with women younger than me. The process is accomplishing the mission of passing along important histories and important experiences.”

This project is supported by the Oakland City Council and funded by the City of Oakland’s Cultural Funding Program.