V-Day‘s One Billion Rising.
SBDP will participate in several One Billion Rising flash mobs and performances in the Bay Area.
You can learn the flash mob choreography by attending Sarah’s 5:30-6:30 class Thurs 2/5 & 2/11, or by watching this or other youtube videos: How To Dance “Break the Chain” Mirrored Version. 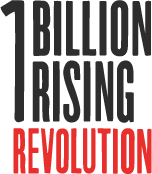 One Billion Rising‘s mission is to end violence against women and girls. I appreciate that they look at this issue from many angles – political, socioeconomic, cultural, personal. Please look at their website and see what this incredible global action is really about.

I truly hope each of you will pick a way to experience and hopefully participate in this global action.

– Learn the flash mob dance – this has been an incredibly satisfying and moving experience for me every time. You can learn “Break The Chain” from amazing women and girls on YouTube or you can attend a class or rehearsal at a convenient location around the Bay Area. Some Berkeley/Oakland teaching locations and times are listed here.

– Join another flash mob (Berkeley and SF both have them, campuses should have them)
Check here for events across the country and the world.

– Code Pink is organizing a dance across the Golden Gate Bridge!

– Come see the performance event in Oakland – it will be powerful.

– Watch the beautiful and touching videos and share them on social media and spread the word. Be touched by, inspired by, empowered by, energized by, maybe healed by this movement.

One Billion Rising’s mission is to end violence against women and girls. We can all support that.